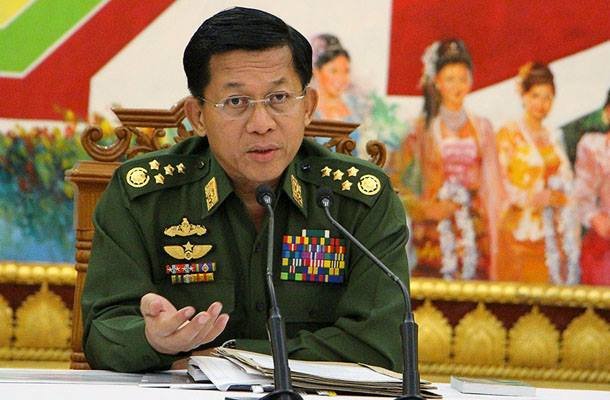 Statement on Human rights violations, crimes, and atrocities committed by the SAC troops against the Chin people within 22 months since the military coup

Human rights violations, crimes, and atrocities committed by the SAC troops against the Chin people within 22 months since the military coup

355 Chins have been killed by the Myanmar junta troops within 22 months from the military coup on February 1, 2021, till November 30, 2022. Within the same period, over 40 thousand Chins have been displaced within Chin State and nearly 50,000 Chins have taken refuge in nearby Mizoram and Manipur States of India. Over 1505 houses and structures have also been torched by the SAC troops during the same period.

Among those killed were 167 civilians (132 men and 35 women) including 20 children under the age of 18, one seven-month-old and one six-month-old baby, and 4 Christian ministers. 10 of them were killed while participating in peaceful demonstrations against the military coup and another 33 were killed after being tortured or raped.

Among those killed were also 188 members of Chin resistance forces who were forced to go underground after their peaceful protests of the military coup were violently cracked down. These 186 members, most of them in their youths, would have been studying, working, or raising or supporting their families peacefully had there been no military coup in the country.

Among them were also 10 persons who were shot dead during their peaceful demonstration against the military coup and up to 33 persons were murdered after being raped or tortured. Moreover, 9 innocent civilians were arrested, tortured, killed, and their bodies were burned to hide their crimes. The bodies of another 7 were never recovered by their families and loved ones.

Looking at their actions above, it is clear that, the military council which seized power illegally last year, continues to blatantly commit serious human rights violations throughout Myanmar, including Chin State, in order to maintain its power.

We strongly urge the military junta to refrain from targeting the homes and properties of civilians, to immediately stop attacking and killing innocent civilians, especially women and children, and to stop using heavy weapons against civilians.

We also call on the international community again to intervene and take effective measures to stop the Military Council’s targeted military operations and human rights violations against not only the Chin ethnic group but the entire people of Myanmar.

“Chin State’s population is only about five hundred thousand and it is the poorest and least developed state in Myanmar. Therefore, the number of lives and value of properties that we lost are proportionally very high”, said Salai Van Sui San, Deputy Director of the ICA.

“The international community needs to take practical action, as we cannot gain much by simply issuing a statement of concern”, Salai Van Sui San continued.