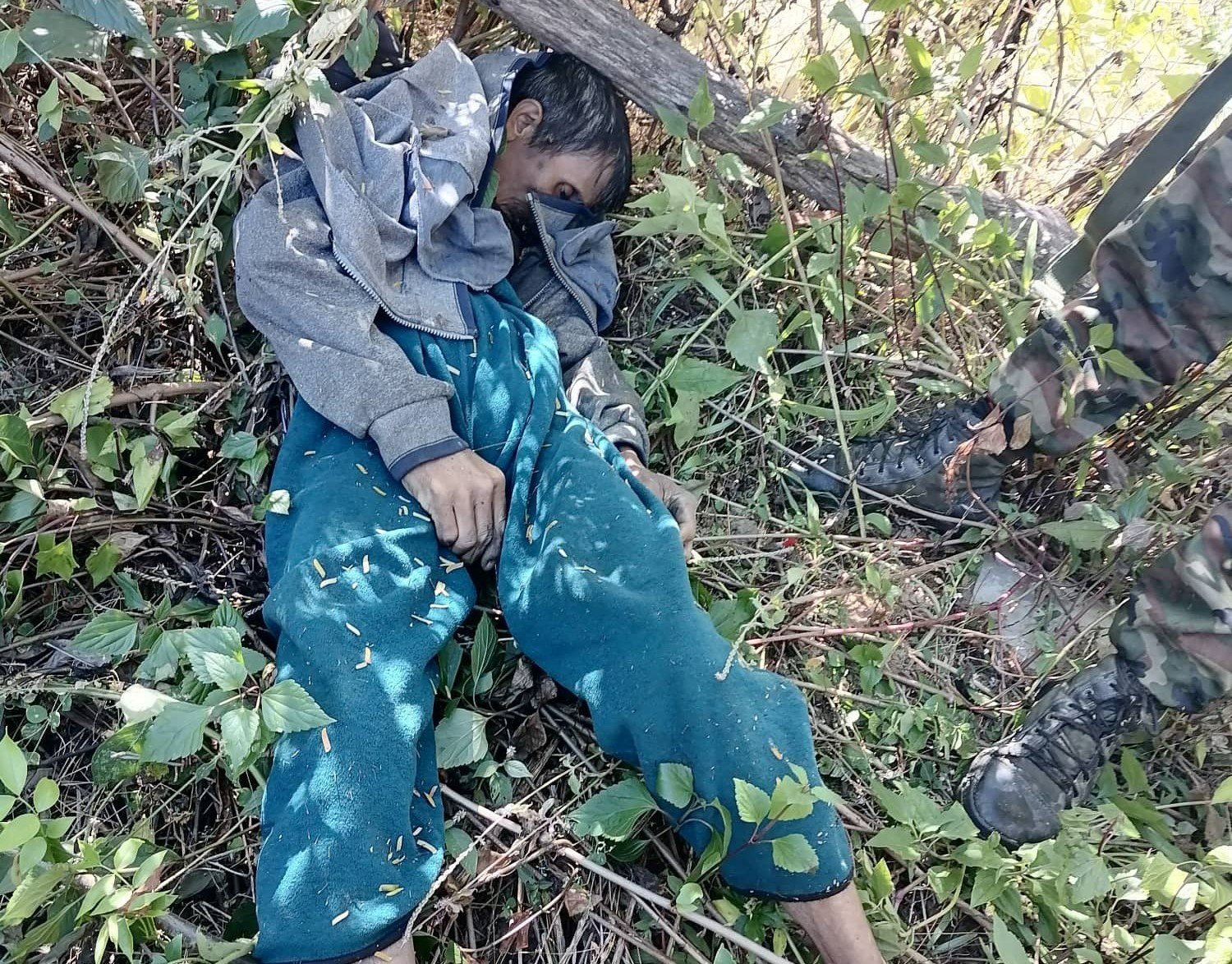 A 56 year old mentally disabled man was found dead with gunshot wounds at Bualte village in Falam township, Chin state on Tuesday and was believed to have been killed by the SAC troops, reports the Rihli Voice, citing locals.

Hau Cung Nung, born with mental disability, and his aunt Nu Sei, another mentally disabled woman from Bualte, went missing when heavy fighting between SAC troops and CNDF, the armed wing of CNO, started on Nov 19. The body of Hau Cung Nung was recovered near a forest foot path on Nov 22 with two gunshot wounds between his ribs and other wounds on his back that appeared to have been beaten with a stick, according to the Rihli Voice.

There were long beans scattered around the body of Hau Cung Nung, so the villagers believed that he was killed when returning after picking vegetables from the farm. Nu Sei was still missing and only her slippers had been found. (source: The Rihli Voice)