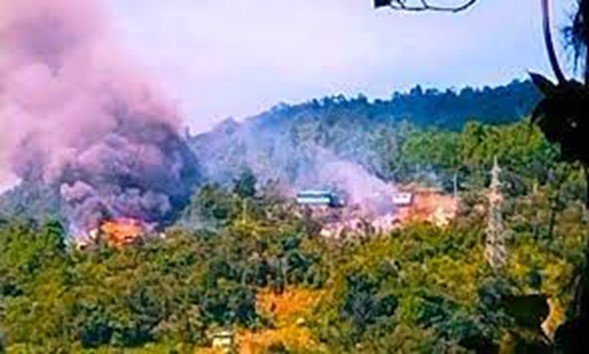 Rialti village is located in the municipal area of ​​Falam, about 8 miles from Falam.  It is located on Falam-Hakha Road, a small village with a total of 11 households and a population of about 70.  Since the military coup on February 1, the military council troops have been carrying out mass attacks in Chin State, such as violent incursions into villages. It is also a village that is often evacuated due to heavy artillery fire on homes. 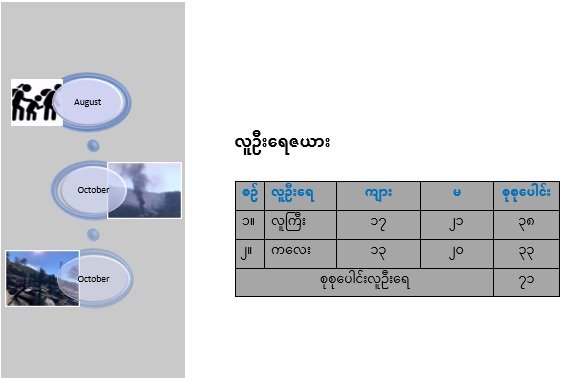 Invasion by the military council

Rialti village is often encroached upon by military council villages in Falam Township.  It is a village that is often evacuated due to its targeted attacks on civilians.  Inhabitants of the village have been forced to flee their communities at least three times since August due to the deliberate attack by the military junta.

From 1st to 15th of August 2021, residents of Rialti village have fled into the forest due to the attacks by the military council and violence.

On 13 and 14 October, during the conflict on the Falam-Hakha Road, the military council troops encamped in Rialti village.  The village was burnt twice, burning down the entire village, including the religious shrine and the pastor’s house.  The damage caused by the fire was over 4.712 million Myanmar Kyats.

At present, no one is living in Rialti village due to the violent incursion into the village by the military council and the whole village has been burnt down.  The entire villagers are homeless.

The whole villager have relocated to the Lailun IDP camp in Falam district while some villagers are taking refuge in their respective relative’s houses in other villages.  While fleeing the war, some contracted the Covid-19 virus.

There is an urgent need to rebuild the village and rehabilitate the villagers whose homes were burnt down.

The Falam Township IDPs Management Team (FTIMT) is providing humanitarian assistance to the refugees in Falam Township.  However, the military junta’s strict policies have made it difficult to distribute basic food necessities

The military council has been fighting for control over the ethnic militia in the region, heavy artillery fire into villages, burning down the civilian houses and shooting at religious shrines are rampant.  It is obvious to everyone that burning of homes is a deliberate attack on innocent civilians

There are many challenges in providing long-term support to IDPs due to the violent arson and destruction of homes.